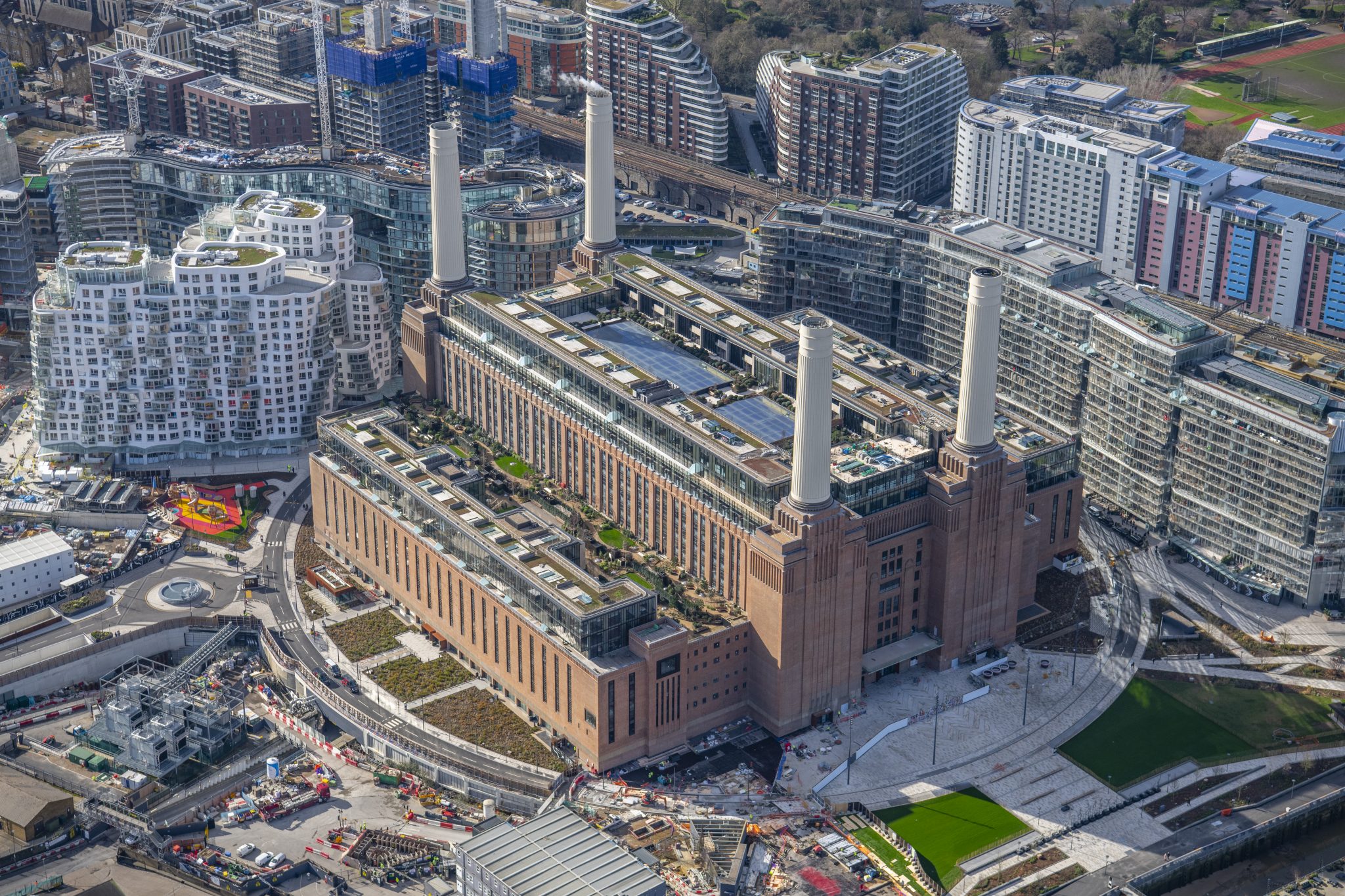 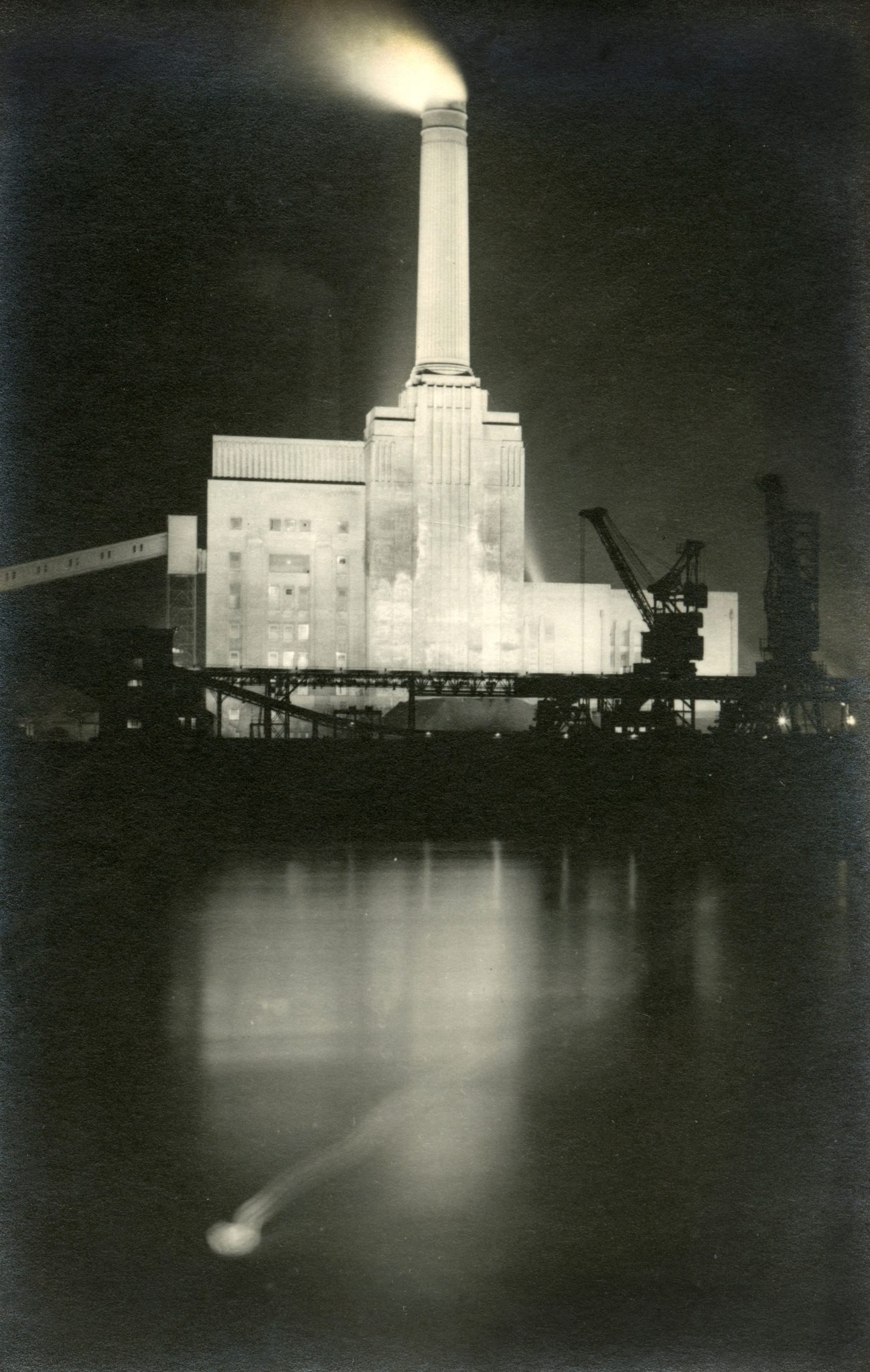 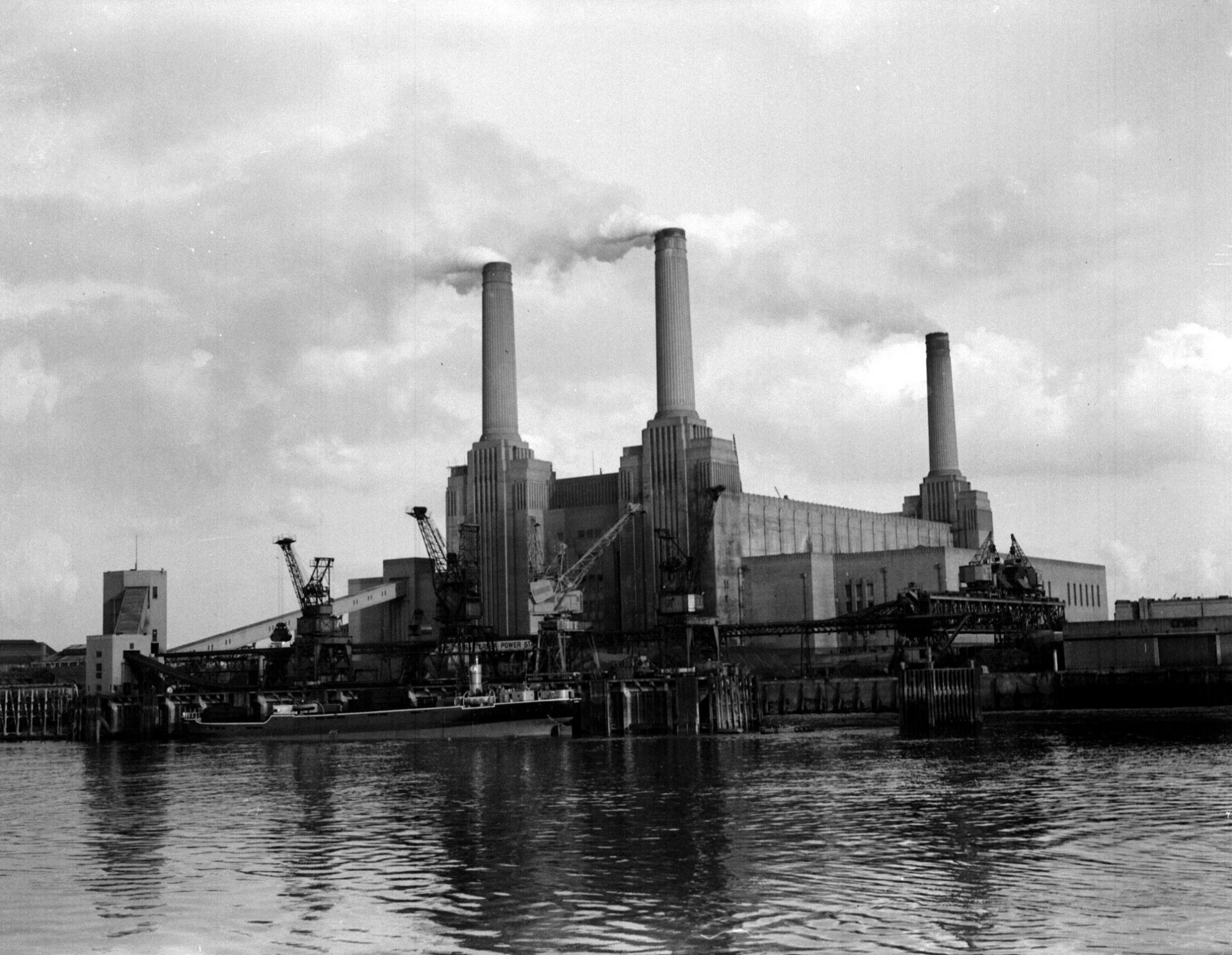 The word iconic is overused, but it does apply here. One of the largest brick built buildings in the world, Battersea Powerstation was built in two phases. From 1929 to 1933 Battersea A was constructed and from 1945 to 1955 Battersea B was added. The exterior was designed by Sir Giles Gilbert Scott, who also designed the ubiquitous red telephone box for BT, and is one of a number of London powerstations of its’ style – Battersea is an Art Deco masterpiece.

When complete, it generated 503 megawatts (MW) of electricity which is enough to power over 300,000 homes. The Power Station was decommissioned between 1975 and 1983 and remained empty until 2014. It was designated as a Grade II listed building in 1980. In 2007 its listed status was upgraded to Grade II*.

WilkinsonEyre were appointed in 2013 to carry out the restoration of the Grade II* listed Power Station as part of the Battersea regeneration masterplan to create a new district in and around the building. Work commenced in 2013 and plans included the restoration of the art deco structure internally and externally, reconstruction of the chimneys, and refurbishment of the historic cranes and jetty as a new river taxi stop. Restoration work on the power station’s chimneys was completed in 2017. In 2019, the jetty in front of the power station opened to the public for the first time in its history and in May 2021, the first residents moved into their new homes at the power station

The EH Smith group have a relationship with Battersea that spans its’ lifetime. Northcot Brick, an independent company but part of the EH Smith Group, supplied the majority of the circa 65m bricks to the project, and Blockleys, now part of Michelmersh, was the other supplier. In the recent redevelopment, both Northcot and Michelmersh, in partnership with EH Smith, were commissioned to produce a bespoke blend of bricks to match the existing historic fabric. 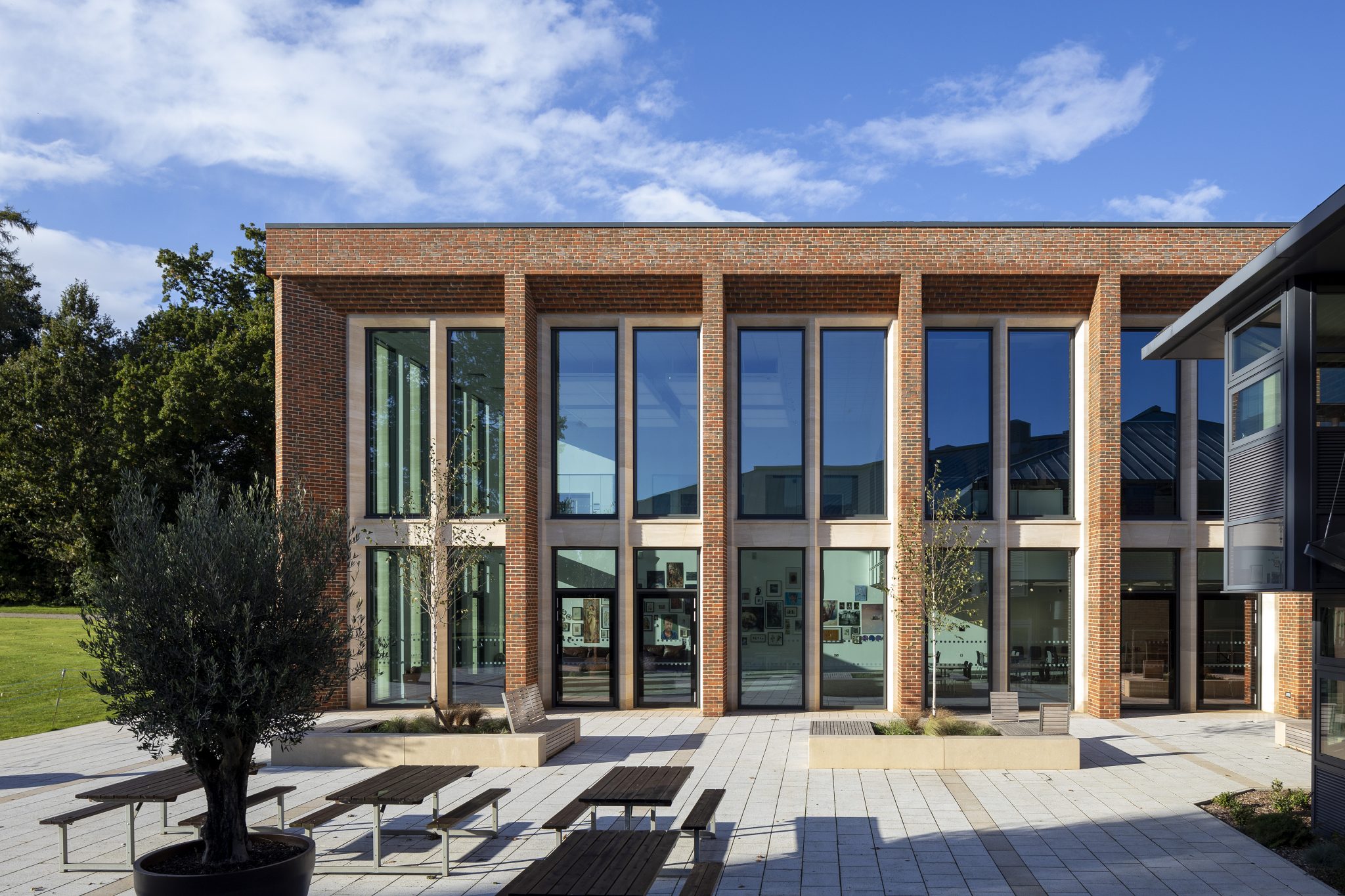 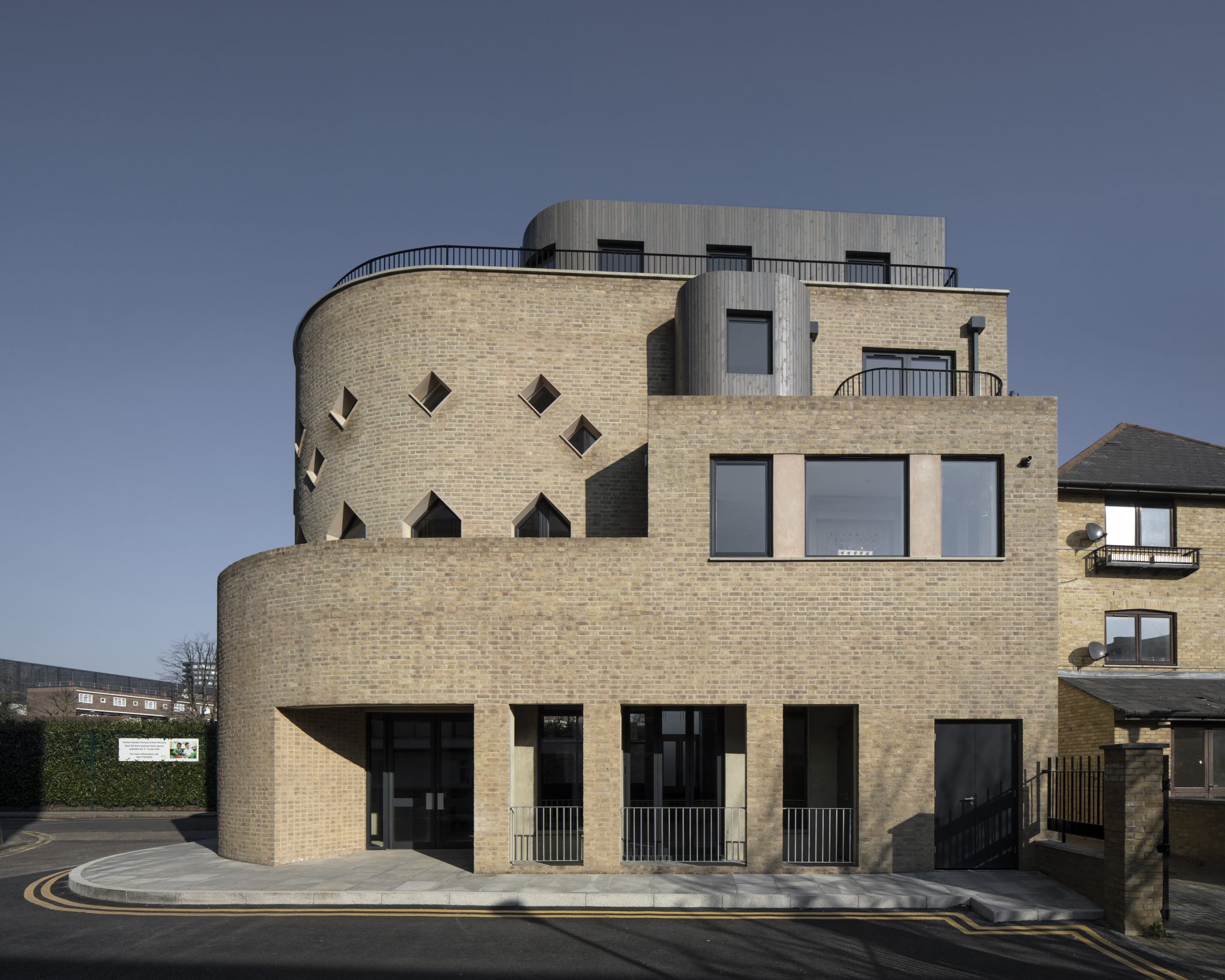 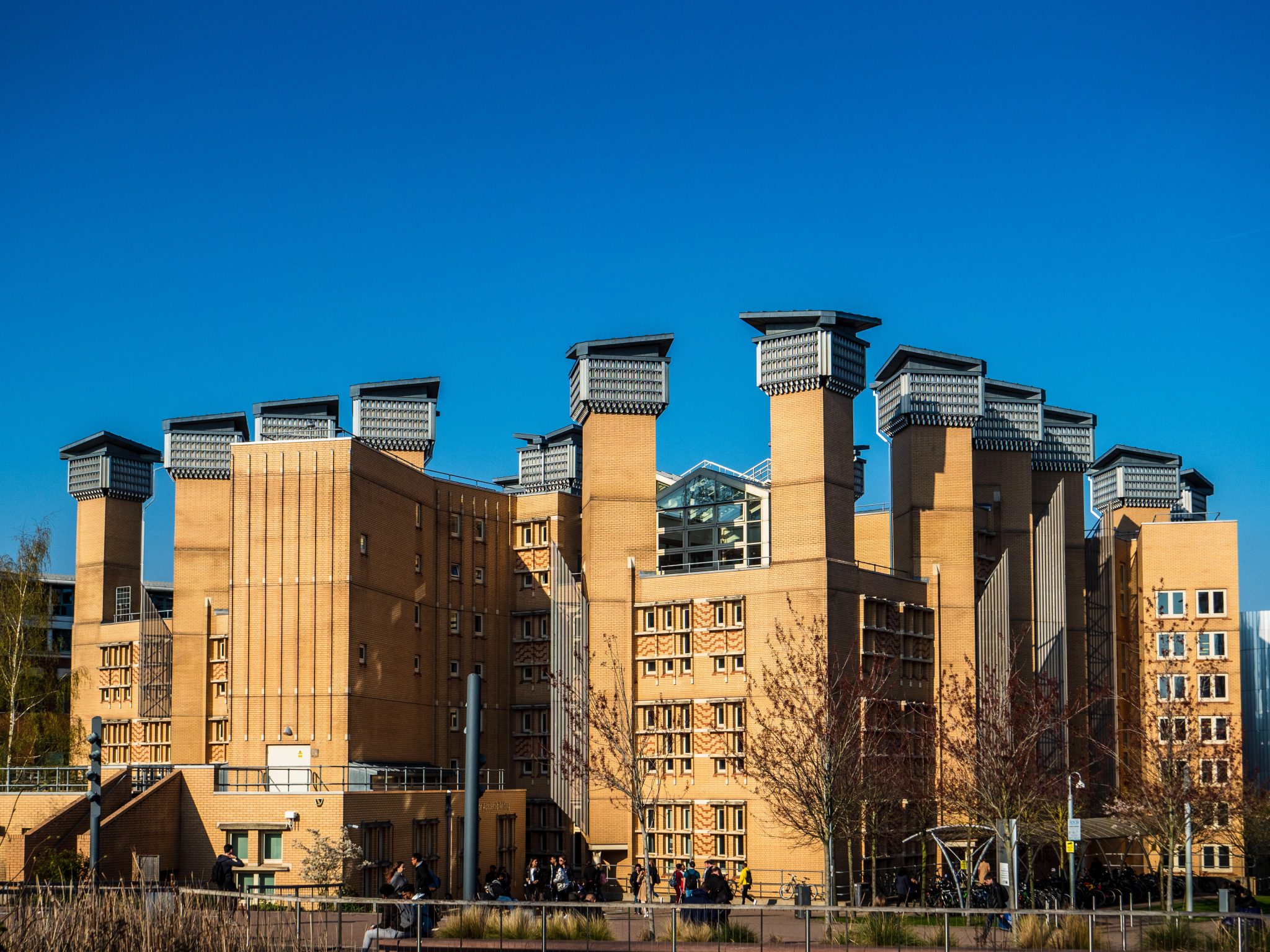