Joe Hudson, CEO of Ibstock Plc, explores the ‘quiet revolution’ of brick manufacturing in the UK. 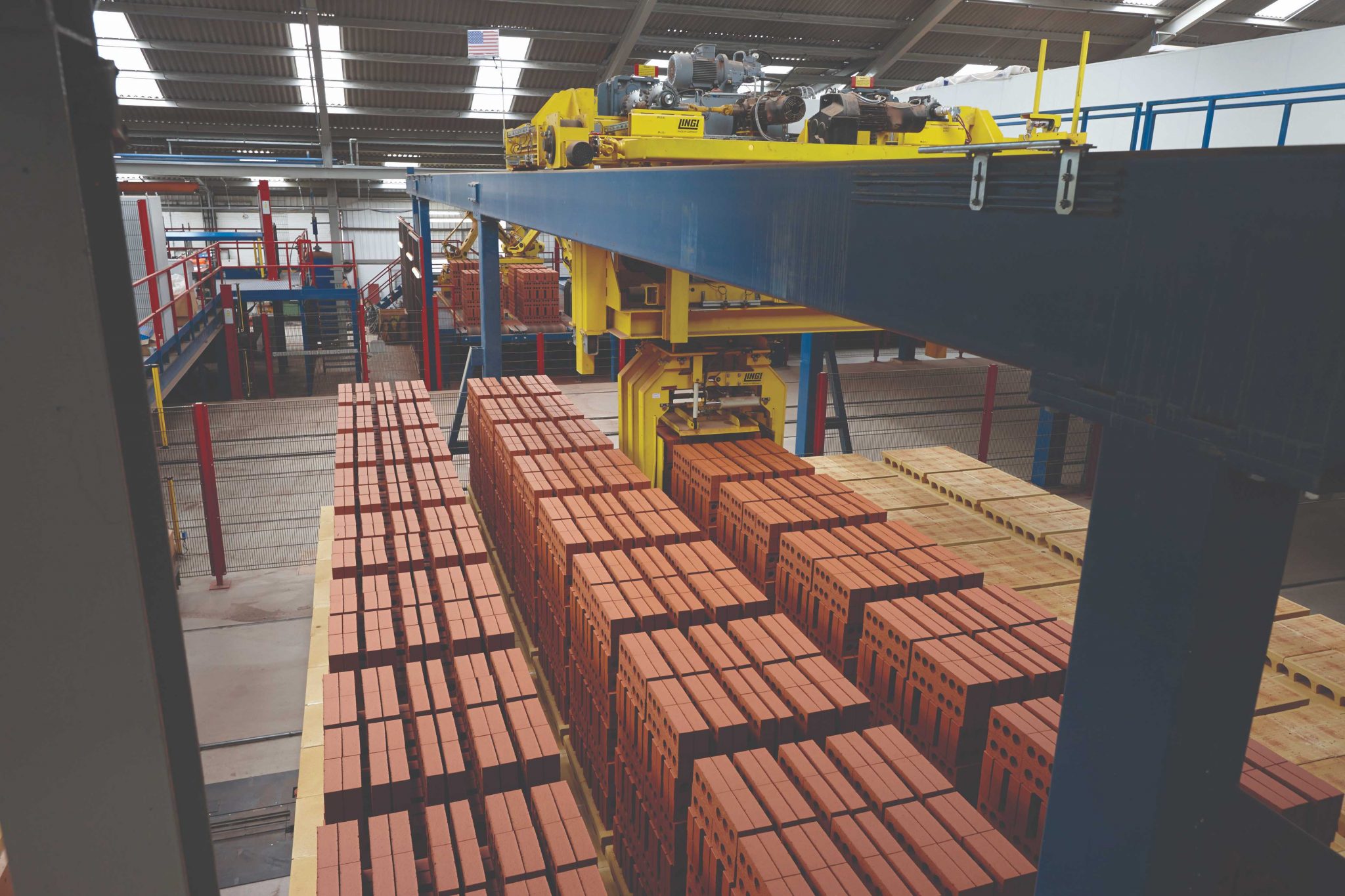 A millennium in the making 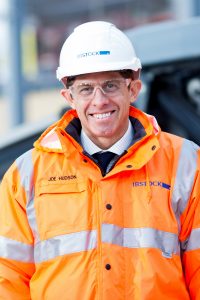 It is perhaps not too much of a stretch to say that the UK as we know it today was built on brick; the literal foundation of our contemporary built environment, and the material which overwhelmingly comprises not just our homes and places of work, but also some of our most iconic landmarks.

I am in a privileged position to be at the head of the UK’s leading brick manufacturer.  As part of my introduction to the industry a few years ago, I turned to a customer to learn more and Phil Yates from EH Smith was gracious enough to spend time to download his knowledge and passion for the industry. It’s fitting that I can return the favour and write something as part of a great initiative being launched by EH Smith to promote the design of buildings with such wonderful products.

The history of brick in this country is long and storied and begins almost a millennium ago when the Romans first settled what would become England, Scotland and Wales. Although brickmaking was still in its nascency, examples of brick-led Roman architecture can still be found across the UK, from Hadrian’s Wall on the Scottish borders, to Chichester’s fantastically well-preserved Fishbourne Roman Palace.

I’m sure those early pioneers of brick-based architecture in the UK would be astounded to know that the structures they built 2,000 years ago were still standing; a testament to the sheer endurance of brick. Indeed, it is that  durability that has seen brick become the building material of choice for British architects, and why the UK manufactured upwards of two billion bricks in 2019 alone.

Ibstock’s own chapter in this country’s ‘brick history’ starts more than a thousand years after the Romans left in 1825 and in the Leicestershire village after which the company takes its name. The business which would one day become Britain’s largest brick maker started its life in coal mining, with the quarrying of clay for the making of bricks almost a by-product of Ibstock’s initial impetus. Over the next 30 years, Ibstock transitioned solely to brick production, and so was born a tradition – and passion for innovation – which persists to this day.

Flash-forward to 2020, and Ibstock now manufactures more than 600 bricks and pavers at a network of 30 facilities nationwide; supplying our products to some of the UK’s foremost housing, infrastructure and commercial developments. 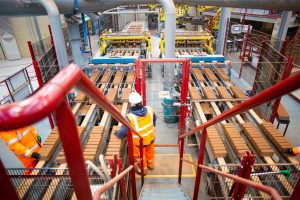 In the almost two centuries since the doors of Ibstock’s first factory opened in the East Midlands, brick manufacturing methods have changed innumerably, not least in regards to health and safety. It isn’t hyperbolic to say that safety on site was something of an alien concept to our industry forbearers, with the smoky, dangerous brick factories of yesteryear a far cry from the state-of-the-art facilities we enjoy today.

Ensuring excellence in health and safety has been a core part of my mission since I joined Ibstock, a drive that has been informed by own family history. My great grandfather, himself a brick maker, was seriously injured when a kiln collapsed onto him in County Durham ; a devastating incident, the like of which is sadly not uncommon in the history of brick production in this country.

That is why I’m so proud to see Ibstock now recognised as a leading figure in the construction sector’s health and safety movement. We have striven to realise pioneering, far-reaching processes to safeguard our workforce; measures which have since been replicated across the construction industry supply chain. From the development and implementation of ergonomically designed equipment, reducing risks associated with, for example, the manual handling of bricks, to investment in training on key elements such as site management and injury prevention; we take our commitment to health and safety incredibly seriously, and require each and every member of our workforce to buy-in to this core value. We are not there yet and any accident is one too many. However, I hope we can all make the UK brick industry a reference for Health and Safety world over. 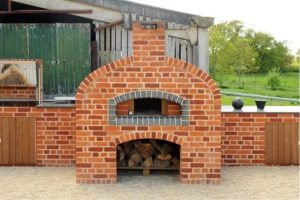 One of the questions I’m most often asked in my role as CEO of Ibstock PLC is, undoubtedly, ‘why is brick still so popular?’ Alexis Harrison who made a speech at the opening our our new i-Studio design centre captured something that resonated with me. He said that there is something powerful about a product made from “earth, fire and water.” I love that simplicity and the fact that this natural product looks more beautiful over time.  Ibstock is also uniquely positioned as the local manufacturer with the largest product range that service local markets.  Our average radial delivery mileage is 62 radial miles from our 21 manufacturing sites.  Over 95% of our raw materials are sourced in the UK from quarries on our sites.

As mentioned earlier, the durability of brick is obvious. In the UK, we are lucky enough to see daily structures that were built – from brick – hundreds of years ago. Architectural fashions may come and go, but the prevalence of centuries old buildings nationwide tells us one thing very clearly – brick is built to last.

But there is more to it than that. For architects, brick represents a material of seemingly limitless possibility; a highly versatile product which can be applied any number of ways to lend new character and feeling to a development. Ibstock has long recognised this, and we have invested in our range to ensure that we are able to deliver products that are at the very cutting edge of brick design, offering real diversity in shape, texture and colour. Clay bricks do not require any treatments to ensure long term durability of fire resistance and they do not emit any volatile organic compounds to air during their life. 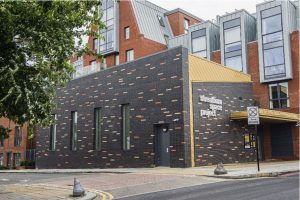 From a design perspective, brick is in vogue like never before. A walk through London, or Edinburgh, or Manchester, or any number of urban centres in the UK and abroad, will quickly illustrate the innovative and creative ways architects are utilising bricks in their work. From striking use of colour to clever blends of texture and brick type, it’s safe to say we are currently in a golden age of brick-led design.

And that’s something that’s been recognised at the very highest level. In October 2019, the RIBA Stirling Prize for architecture was awarded to Norwich’s Goldsmith Street estate, a series of more than 100 ultra-low energy brick built homes. The win was remarkable on a number of counts, as not only is Goldsmith Street the first council-funded project to win the prestigious accolade; it is also the first predominantly brick-based development to earn the prize. For although brick is far and away the most commonly used building material in the UK, it has sometimes struggled to gain the same level of critical acclaim as its showier counterparts.

The result of the 2019 Stirling Prize should be seen as a landmark moment in UK brick manufacturing, and has hopefully opened the door for further recognition in the near future.

Like every other manufacturer in the UK, one of the most pressing concerns for brick makers today is, of course, sustainability. With humanity facing up to a possible climate crisis, the onus is on businesses worldwide to reinforce their commitment to sustainability; a pledge Ibstock takes incredibly seriously.

Sustainable brick manufacturing is at the core of our business strategy, and we recognise that with our unique position at the heart of the construction industry supply chain, we have an important role to play in helping shape the industry’s response to the climate crisis. That is why we strive to work closely alongside local communities to increase the amount of recovered water we use across our processes, and to actively ensure we use our resources in the most efficient manner possible to reduce waste.

I’m pleased to say that we now use 65% less energy compared to the 1970s; a remarkable achievement we are hoping to take even further across the next decade. As the leader and most sustainable manufacturer, it is up to us to drive this agenda forward and we will do that by investing in renewable sources of energy like our new solar farm in Leicester which provides 30% of power to the whole site, or investing in new more sustainable factories. But… what about this little fact. A typical smartphone has a carbon footprint of greater than 70kgs over its life which is about four years, while the average brick is only 0.6kgs and lasts 150 years!

We are also bolstering our commitment to innovation and NPDs, recognising that as the needs of architects evolve, so too must our product offering. To that end, we recently launched MechSlip, a brick slip cladding system which has been stringently tested to meet recent changes in UK safety legislation, introduced after the Grenfell Tower tragedy. Indeed, MechSlip is just one of a number of leading-edge developments coming out of Ibstock, and I look forward to being able to talk about more in the near future.

As we look back over 2,000 years of brick building in the UK, I’m filled with an enormous sense of optimism for the future. The industry is in a truly exciting place right now, and I’m thrilled to see Ibstock at the forefront of it.