Guest Blog: “Bridging the gap between craft and industry” by Maria Gasparian ceramic artist and architect 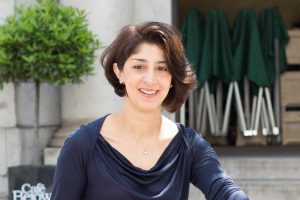 My career in design has completed a circle, starting as an architect building with brick, then becoming a ceramic artist and discovering what can be done with clay, before returning to architecture and applying what I have learned.

There are many reasons why I love brick and below are five of them. 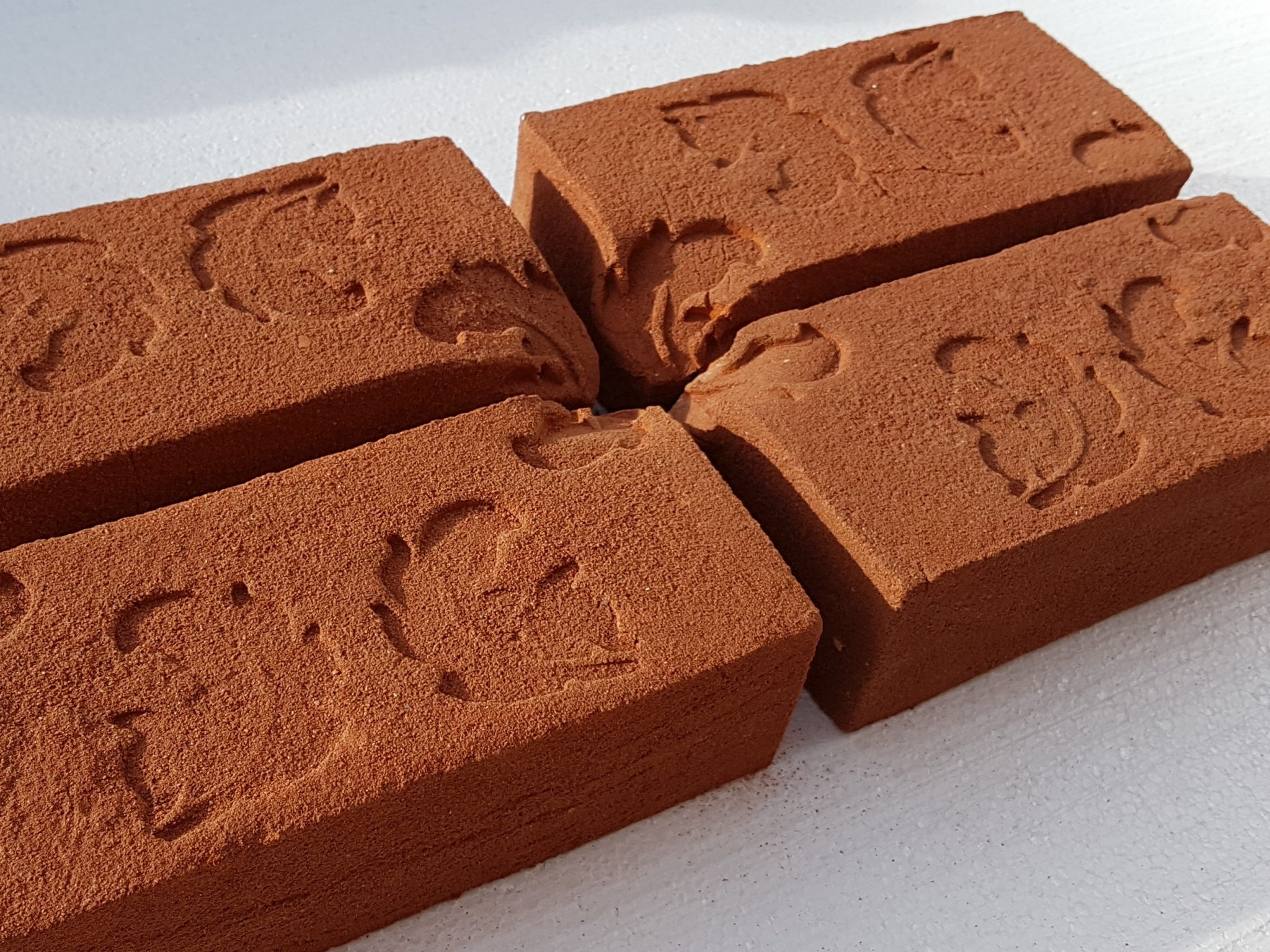 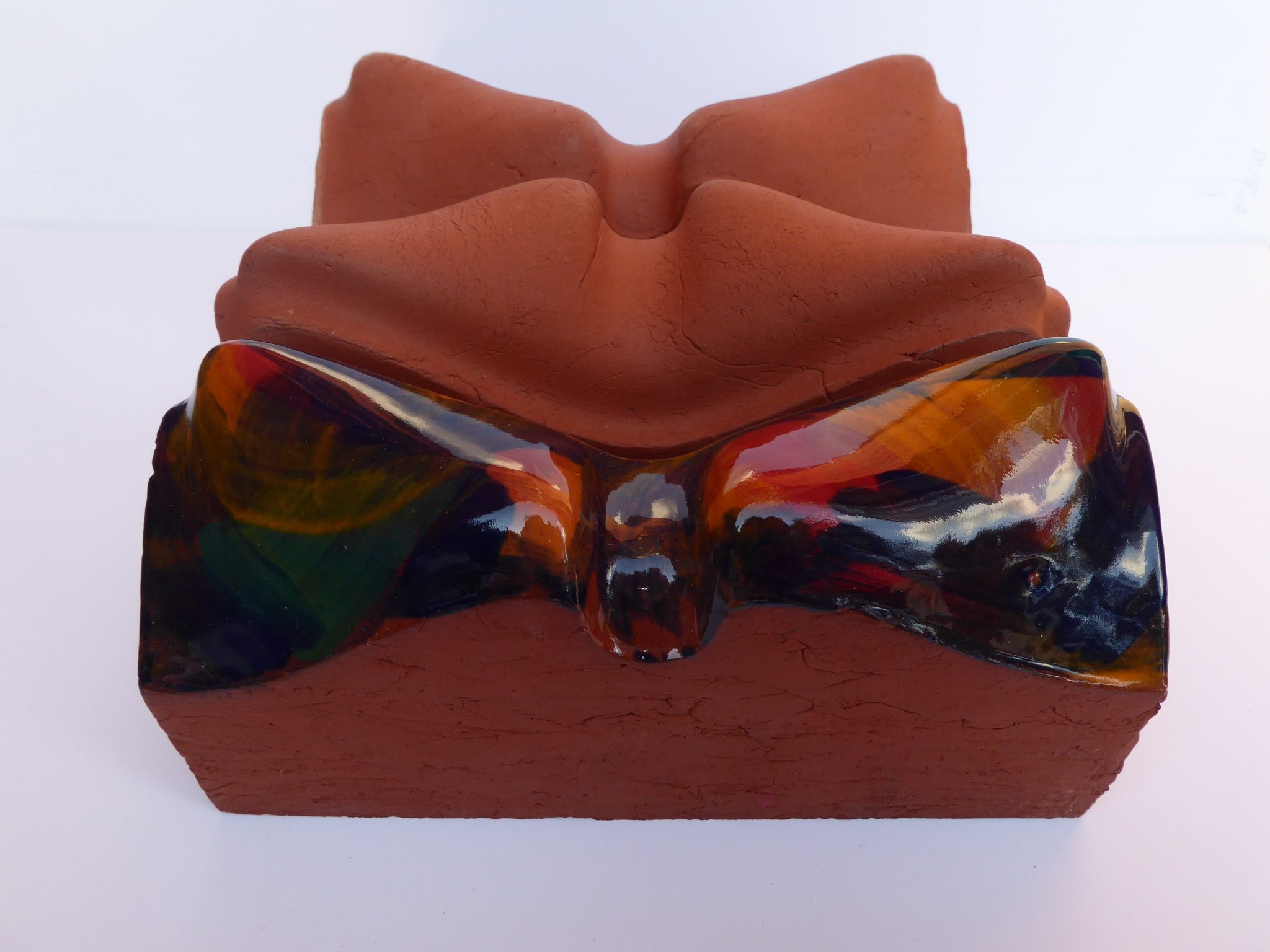 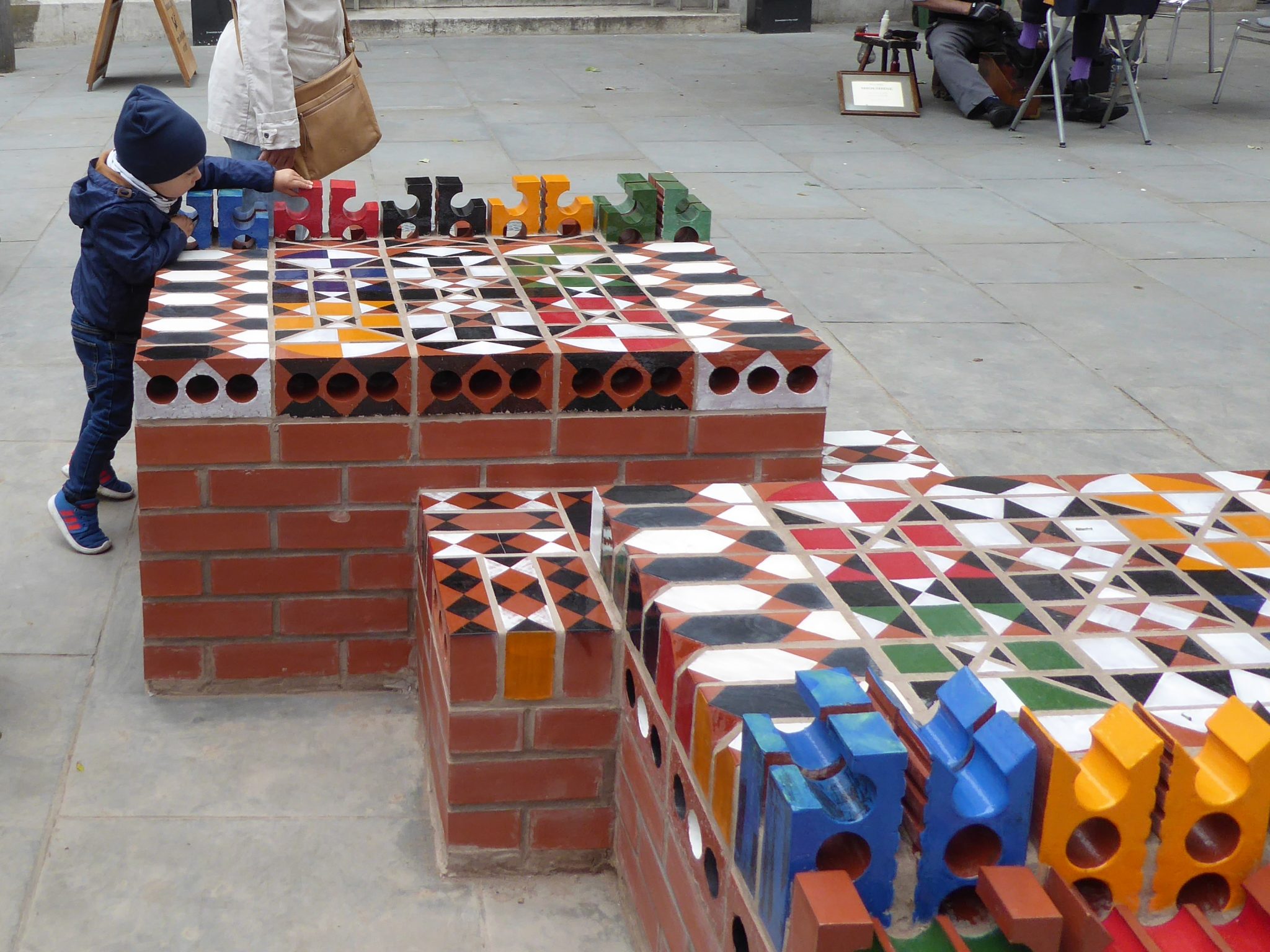 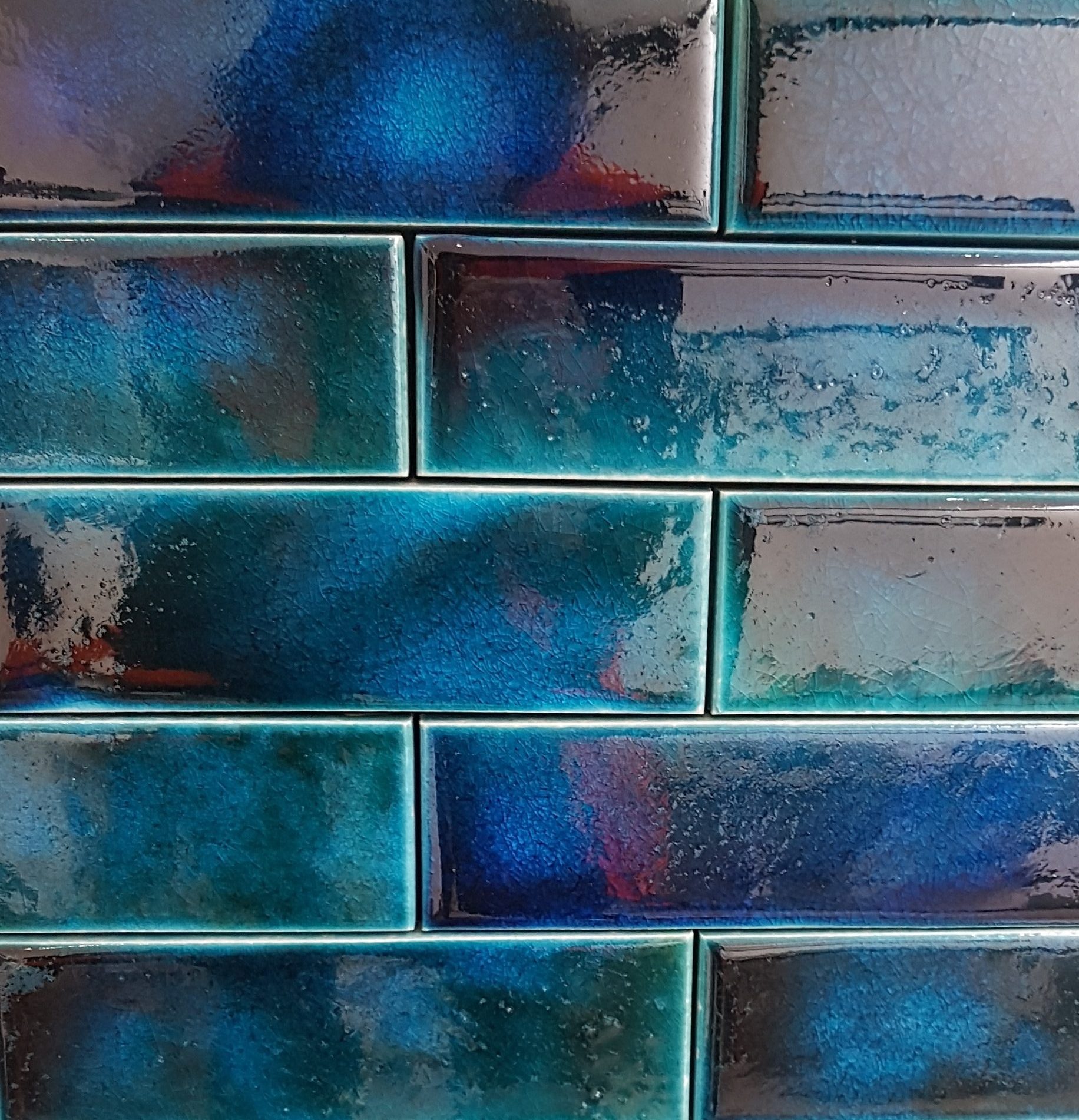 I am fascinated by clay and its versatility. One cannot pick up a soft brick fresh out of the mould without distorting it, while “leather hard” extruded clay required physical effort to be carved. Clay is transformed through the  firing process becoming stone-like, yet it keeps to its moulded shape.

For centuries, clay objects were formed by moulding, sculpting and carving and were decorated with textures and colours, providing limitless creative opportunities. Bricks are no exception to this: mould-made or extruded, they can be stamped, carved, textured, painted and glazed. 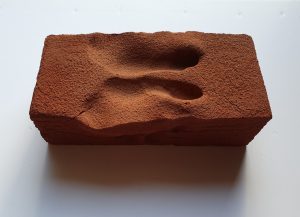 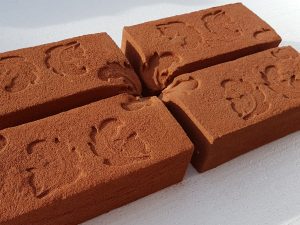 Many factors can affect the aesthetic appearance of a brick: the colour of the clay depends on its mineral content, the presence of oxygen during firing and even the position of the brick in the kiln.

To address these issues, contemporary industrial brick manufacturing processes incorporate controlled forming, drying and firing to eliminate “faults” and achieve uniformity. But is uniformity what architects really want? While trying to achieve consistent results we might be depriving this material of its natural tendency to create rich and varied surfaces. 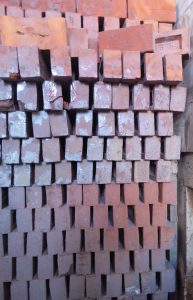 The task of creating affordable craft aesthetics and uniqueness in contrast to standard industrially produced products has occupied artists and designers since the Industrial Revolution. The Arts and Crafts movement in Britain was at the forefront of this quest. While this aesthetic and social movement left a great legacy in architecture and the applied arts, it was not successful in satisfying the masses with their products. The main reason for this was the rejection of industrial, mechanised processes. Beautiful hand painted ceramic tiles were simply too expensive to be produced in bulk and predominantly adorned the fireplaces of affluent households.

Today, digital design and fabrication tools can create complex geometry with precision. Despite the fact that digital technologies cannot replace the direct expression of human hand, these tools bring something that has not been seen in industrial manufacturing before: mass customisation.

While robotics are used in brick assembly and construction, the application of digital tools is yet to be seen in brick making.

Ancient civilisations did not shy away from decorating fired  bricks with coloured glazes. Shining in the daylight and reflecting candles at night, these transformed a surface into a polychromatic feast. The astonishing longevity of fired glazed bricks and ceramics is unmatched by any other man-made building material. 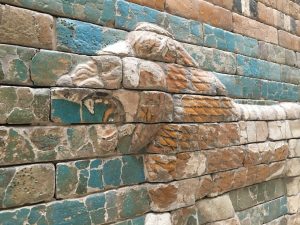 Following the Industrial Revolution, the craft glazes used in ceramic making were adapted for  industrial scale manufacture. In Northern Europe glazed architectural ceramics need to be frost-resistant, an additional challenge not met in warmer countries. 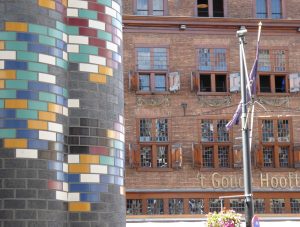 The way colour can be incorporated into bricks has changed with the development of chemical pigments that can be added to glazes and used in under glaze colours. The subtleties of surface qualities created with natural ingredients, such as metal oxides, can vary dramatically from a glaze made with pigments. Pooling and colour gradation can be seen in traditional glazes, while an industrially produced glaze ensures uniformity and an even surface coating. 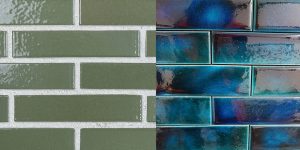 In addition to this, the craft application of glazes and under glazes can add to the individuality of decorative brick elements. 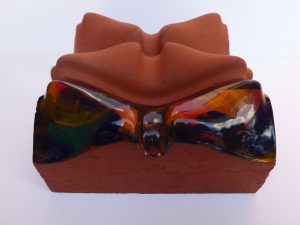 Conceived as an anthropomorphic object to fit the hand of the builder, bricks provide a scale that we can relate to.

Bricks that create monumental buildings, by being modular, visually break large surfaces.  Myriads of patterns can be created by using various brick bonds, mortar joints and projections, creating a play of light and shadows that also contributes to the perception of human scale. 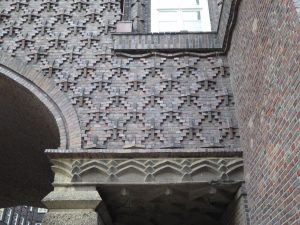 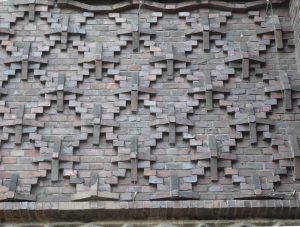 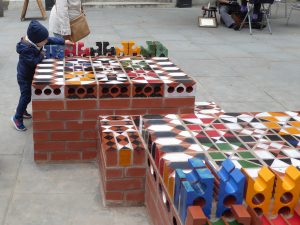 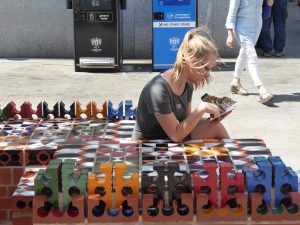 Bricks have the unique ability to serve a dual purpose- they are not only a structural, load bearing material, but can be aesthetically expressive.

‘Beauty should not be restricted to the elites of society, but instead should be used to improve all of society’  was the slogan of the Amsterdam School, the leading aesthetic and social movement in the Netherlands between 1910- 1930.

The Shipping House, an office building in Amsterdam, was the first building to express the ethos of the Amsterdam School, exhibiting the integration of the arts into architecture. Brick was used both structurally and decoratively within the facade of the building. To achieve this inclusion, architects Johan van der Mey, Michele de Klerk and Piet Kramer collaborated with sculptors and craftsmen, creating brick sculptures and making the building into a Total Work of Art.

A housing shortage that existed between the two World Wars brought about intensive housing construction both in Europe and the UK and brick was used extensivelyto express individuality and human values.

At this time Michele de Klerk collaborated with Amsterdam’s chief municipal sculptor Hildo Krop to create sculptural accents for the Het Schip housing complex. While the project itself had a limited budget, the expressive brick detailing and sculptural elements were strategically placed on the corners of buildings both within the towers and at the entrances, creating narratives and adding to the character of the buildings.

Today the brick is praised for its sustainability, longevity and low maintenance, but could it provide more than just a function? This is for clients, specifiers, design professionals, and manufacturers to collectively decide.

Images are by Maria Gasparian unless otherwise noted.

Maria Gasparian is an award winning ceramic artist, designer and architect and the founder of Maria Gasparian Studio, a multidisciplinary practice that focuses on the integration of architectural ceramics into buildings and public spaces. Innovative designs produced by the studio include bespoke decorative brickwork, created by combining traditional craft methods, digital techniques and industrial manufacturing. Collaboration with manufacturers, architects, engineers and specialist contractors is an integral part of the practice.

Maria is a Doctoral Researcher at Central Saint Martins College of Art and Design in London.