Brick is a wonderful material. I’ve pursued it around the world. There’s an alchemy about brick — about all building materials made from red clay — where the elements of earth and water are transformed by fire into a material that can be more durable than stone. Through fire, a soft, ephemeral and ‘base’ material — mud — is transmuted into the hard, the eternal, and the beautiful. 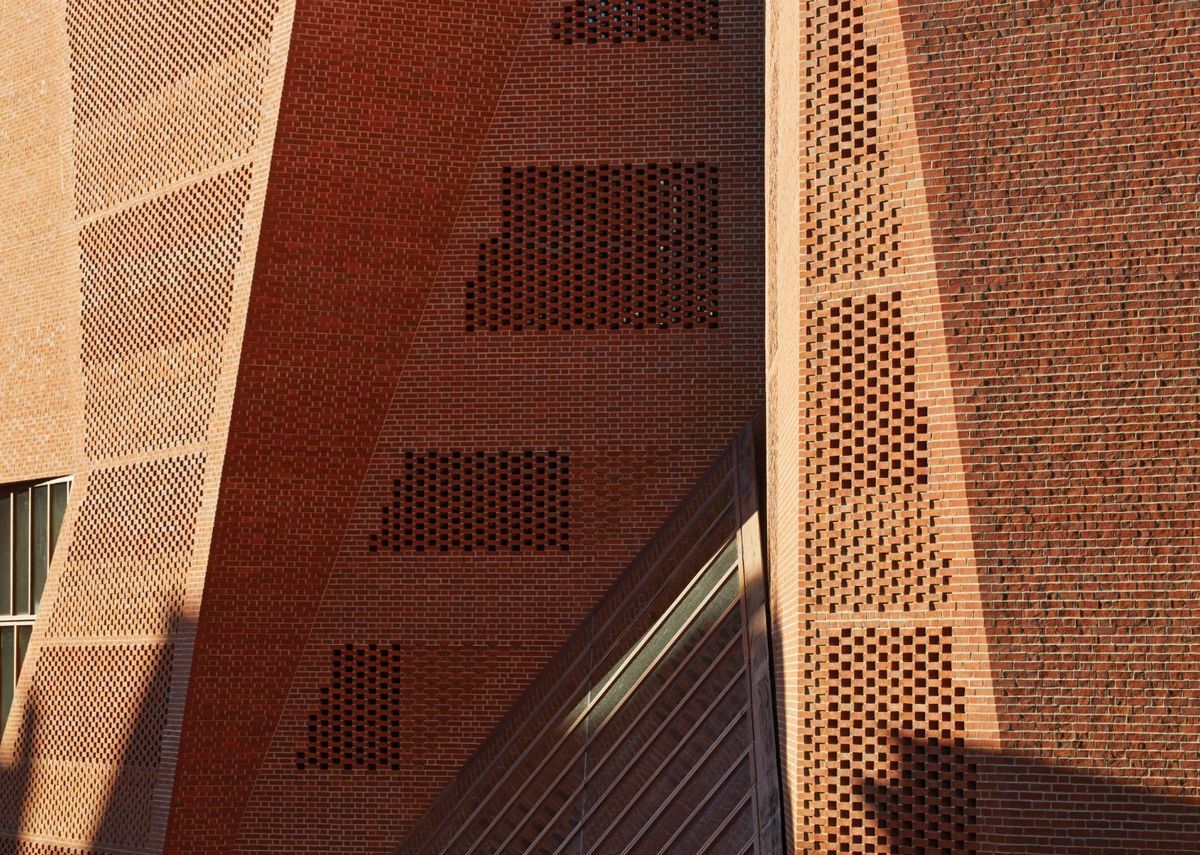 Perhaps it is the beauty of bricks that is the starting point of my love affair. Many materials can be hard — wrought iron, steel, or concrete — but they don’t have the character, or the ancient pedigree, of brick. And as well as hardness, history, beauty and character, brick possesses great subtlety. A brick’s colour and texture is the result of the mix of clay from which it is made, perhaps with the addition of other materials, and of the manner in which it has been fired — primarily the temperature, length and regularity of the ring process.

Also, unlike many other hard building materials, bricks breathe, almost as living beings. Their open cell structure makes them wind-proof but breathable, which means they are the ideal material for homes. They also offer superb insulation — helping interiors remain cool during a hot summer and warm in cold winters. Since they also function as heat reservoirs because of their high heat retention capacity, bricks can actively help warm a room. In a brilliant manner, the heat stored during the day is gently released when outside temperatures fall.

The inherent qualities of brick, aesthetic, economic, environmental and structural, seem to have been recognised by mankind at a very distant time. Indeed, as far as it is possible to tell, bricks are the oldest man- made building material.

The first cities made by man — such as Uruk in Mesopotamia, which was founded around 6,000 years ago, and Harappa and Mohenjo-Daro in the Indus Valley, dating from around 4,600 years ago — utilised brick and other clay products. Both these locations were near deposits of alluvial soil, which were ideal for brick making, and the lack of timber or stone suitable for building meant that brick technology had to be developed. The bricks used in these cities were typical of early brick construction: both sun-dried and kiln- red.

By the late-seventeenth and early-eighteenth century, English brickwork was arguably the best in the world. Lessons had been learned from Dutch brick traditions and developed. In England all the elements of brick construction came into play and were realised with harmony and perfection. Brick bond and detailing became of paramount importance — with Flemish bond favoured from the mid-seventeeth century with corners and window jambs quoined with quarter bricks called closers.

Brick colours were matched and contrasted with a high degree of artistic concern — often red bricks for window dressings and brown or purple for walling.

The crafting of details was important — even for humble buildings. Notably, rubbed and gauged fine quality bricks were used for window arches where joints would be razor thin. Such high-quality bricks, perhaps specially moulded to form architectural features such as column bases or capitals, could be used for the entire facades of high-status buildings. Mortar mix was of critical importance, with ingredients and their proportions dictating colour, texture and strength. And pointing was an art in itself.

For example, flush-pointing, penny-struck and tuck-pointing. The aim was always to make the joints neat and as narrow as possible, exemplified by the additions to Hampton Court Palace designed by Sir Christopher Wren during the 1690s.

Brick continued to be a major building material throughout the world during the nineteenth century. Its strength, durability, availability and relative cheapness —and a beauty that improves with time (if somewhat homogenised when made industrially) — made brick unassailable. Bricks were used structurally — as in the Maidenhead Railway Bridge, Berkshire, designed in 1839 by Isambard Kingdom Brunel. With its shallow, twin spans — each 39m (128 ft) in width — meant it had the widest and attest arches in the world. Similarly, the Monadnock Building in Chicago, is a pioneering 16-storey high-rise building, which was started in 1891 to the designs of Burnham & Root. Its outer wall is formed of load- bearing brickwork of great thickness, cladding a metal-frame. Brick is an ideal material in many ways for this type of building because of its compressive strength, reproof nature and because it offers good insulation and is durable.

The twentieth century saw brick used as both a load-bearing structural material and, increasingly, as a facing material over steel or reinforced concrete frames, or as a veneer thin cavity-wall construction. Its use as a mere cladding material can reduce the visual interest of brickwork, giving it a ‘wallpaper’ role; header and closers which indicate a solidly bonded wall are replaced by repetitive and economic stretcher bonds.

But memorable examples of brickwork were still achieved. For example, the load-bearing brick walling, with its Art Deco forms, over a steel frame at Battersea Power Station, designed from 1929–34 by Sir Giles Gilbert Scott. In the twenty-first century, brick continues to play a creative role in the making of sound, functional and delightful architecture. Indeed, in this age of ever-increasing concern over ecology, sustainability and energy conservation, bricks — with their long lifespan and splendid insulation characteristics — remain an ideal building material.

Dan Cruickshank holds a BA in Art, Design and Architecture and was formerly a Visiting Professor in the Department of Architecture at the University of Sheffield and a member of the London faculty of the University of Delaware. He is an Honorary Fellow of the Royal Institute of British Artists, a member of the Executive Committee of the Georgian Group and on the Architectural Panel of the National Trust, and is an Honorary Fellow of RIBA. He has also presented on numerous Architecture related Television programmes for both the BBC and the National Geographic.