“It can’t be done” they said.  “You can’t have bits of perforated brickwork, sticking out into the wind and expect it to all stay there when a storm blows through or someone runs into it”. 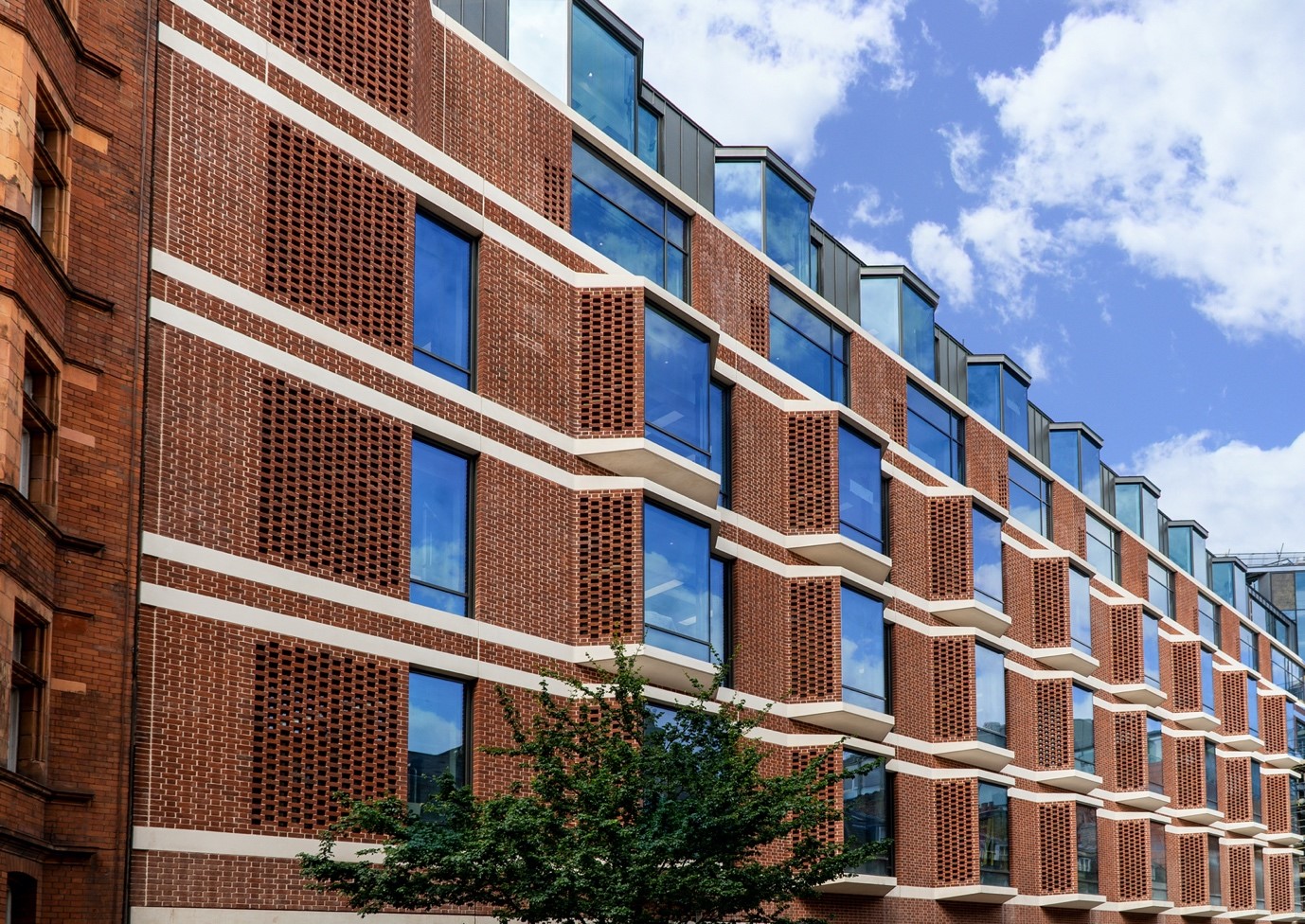 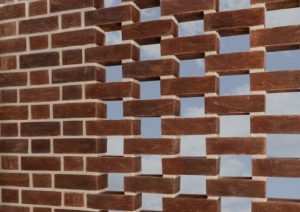 There was some truth in this.  Perforated brickwork (also called Brazilian bond) is brickwork in a Flemish bond pattern, but without the header bricks.  It was used in the 1960s on council estates and public building to create ventilation and light ingress around bin stores and the like.  Because of this it was a bit unloved and went out of fashion.  Because it doesn’t have the header bricks, it sits on mortar beds the size of a matchbox and is very weak.

Fast forward to 2016.  The extension to The Tate Modern gallery opens with an amazing decorative brick skin, based on perforated brickwork.  Suddenly it was back in fashion.  Fast forward again to 2018 and architects, Pilbrow and Partners, roll open the drawings for a new dental wing at University College of London Hospital.  As dental colleges go, this one was sexy.

The building uses perforated brick panels as sun screens on its south east facing windows, it also has large perforated panels as balcony dividers from ground to roof level.  There was a catch though.  Not only did they need to with stand 1.6kN of wind (more wind than London has ever seen), they needed to be built in Scunthorpe and driven 200 miles to London on the back of lorry.  That last bit, had us scratching our heads.  It got worse.  There was to be no reinforcing rods as plates used.  Reinforcing rods would stop the brickwork fitting into the pre-cast panel and any plates would be visible, ruining the whole effect.

“Would the lorry be like a curtain wall truck, with plush air suspension?”. 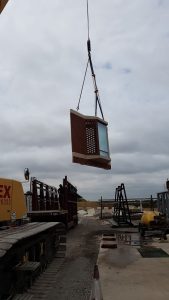 The brief was to pre-assemble the perforate brickwork into unitized pre-cast concrete panels at Techcrete’s yard in Brigg.  The brickwork would be complete and the panels would be glazed, ready to be craned into position in Euston.  If it worked, it would save 13 weeks off the programme.  It it didn’t, the lorry would arrive with some concrete and a load of hardcore and broken glass.  Swift Brickwork Contractors have a pretty innovative Special Projects dept but even they thought this one was doubtful.

First step was to work with a structural engineer, prove the panels worked by calculation and then develop a test regime.  Swift’s Head of Special Projects had already done some R&D with a European construction adhesives company and they were up for the challenge.  A short flight to Belgium saw Swift and Mace meeting with Dutch expect Harry Vekemann.  Harry specialized in weird brickwork and knew exactly what Arups would want to see. 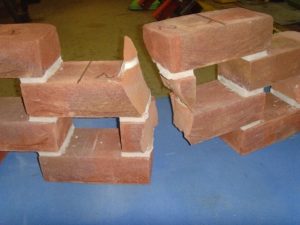 Next was the testing.  First off, Swift built 48 small test panels that were exposed to flex and shear testing at Socotec’s lab near St Albans.  They all passed.  In fact the new joints were so strong that the bricks snapped and the joints remained intact.

That completed Swift erected 4 samples of each of the 4 weakest panel formats.  Each would have a different load imposed.  The lightest load was an abseiller, rappelling down the building.  The heaviest load was someone riding a Boris bike into a ground floor panel.  When it came to winching back the 50kg swing ball, to replicate the load of our drunken medical student, on his bike, we all winced.  Did it really need to be 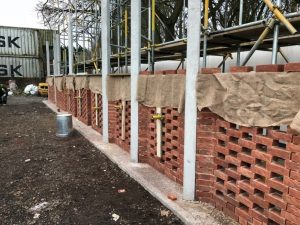 pulled back that far?  The video cameras started recording and the release latch clicked.  The collision looked like it would be catastrophic.  The impact was almost an anti climax… nothing moved.  It needed to be repeated 4 times.  Each time the leather ball containing 50kg of glass marbles hit the brickwork, the smiles on everyone’s faces grew bigger.

It worked.  Even the most pessimistic of the design team were left asking “HTF…?”

The finished project opened its doors in December 2019.  A first for brickwork, a first for off site assembly and hopefully another asset to the properties of brickwork that will see us using this material for centuries to come.