Let us tell you a story…. 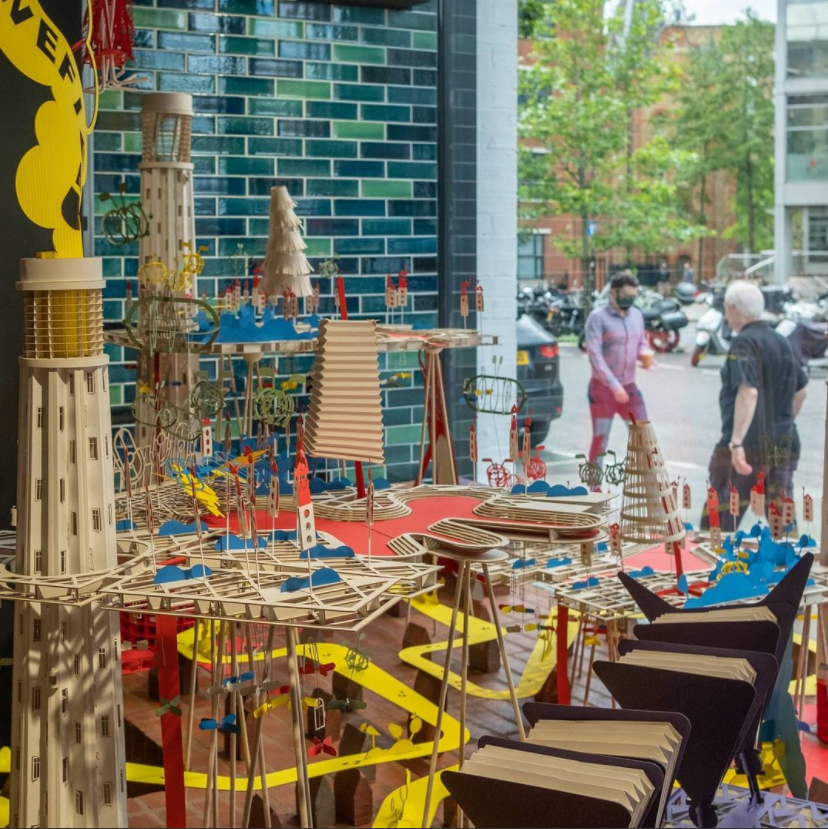 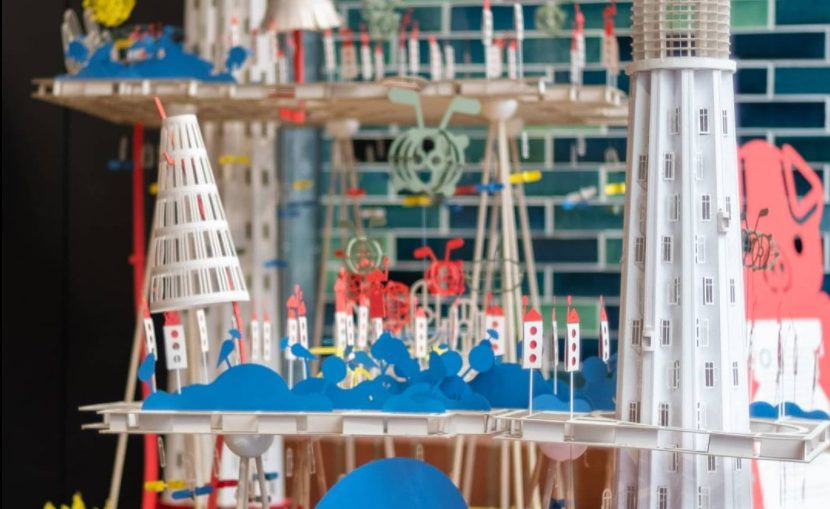 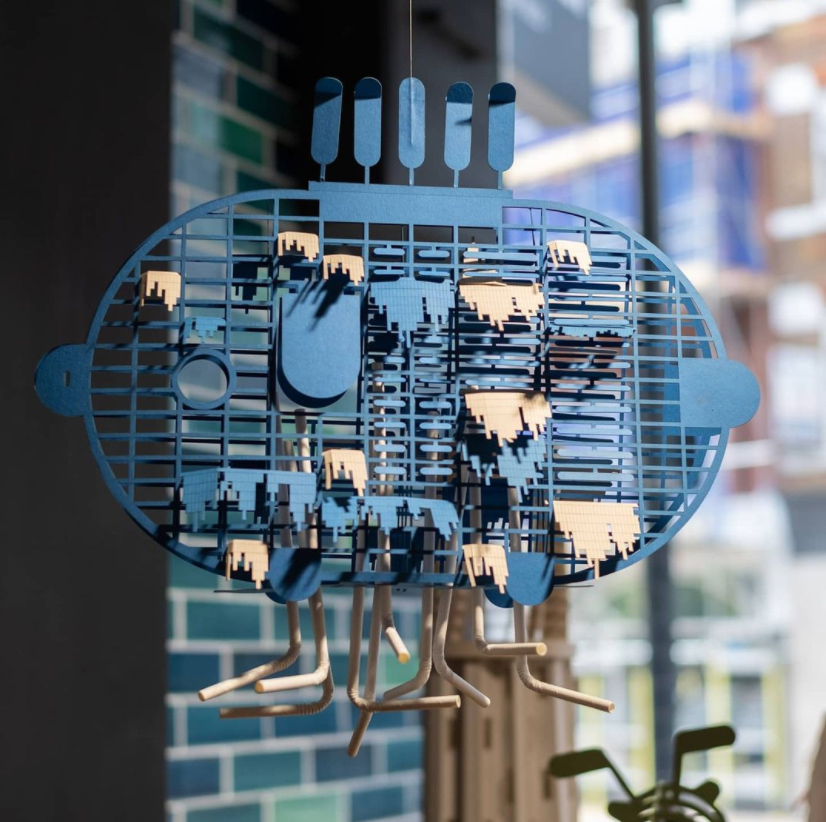 Once upon a time, the wolf huffed and he puffed and he never blew the door down. Within the safe confines behind their brick wall, the pigs began making bricks to expand their house.

The house turned into a city which they called Swinefield with a population of 100 pigs (every year one pig is rescued from Smithfield Meat Market). The bricks are fired in the Battersea Chimneys and stored for later use in the Bricky Bank AKA Pig Floyd which floats above the city.

Pig Floyd looks tempting for the hungry wolf outside the brick wall who continues to huff and puff, unceasingly, to blow the doors down. The witty pigs have captured the wolf’s puffs to generate renewable energy for Swinefield and they live happily ever after in their tiny brick homes. If you knock on the door kindly enough they may let you in by the hairs of their chinny chin chin.

The installation, which was hosted in our Clerkenwell design centre, creatively and skilfully wove together the history of EH Smith, the historic meat market at Smithfield (our neighbours!) and the products that we sell. 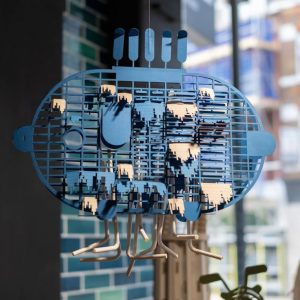 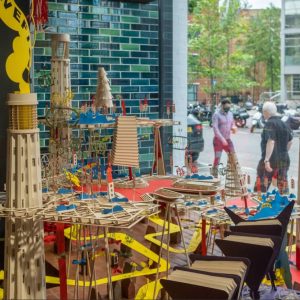 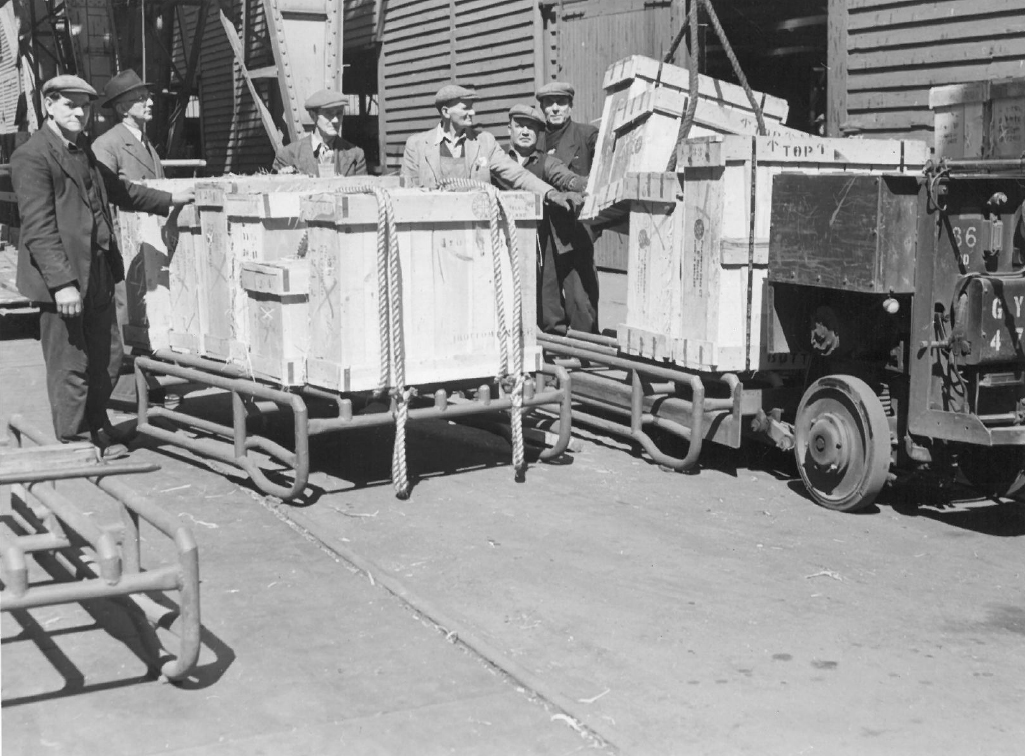 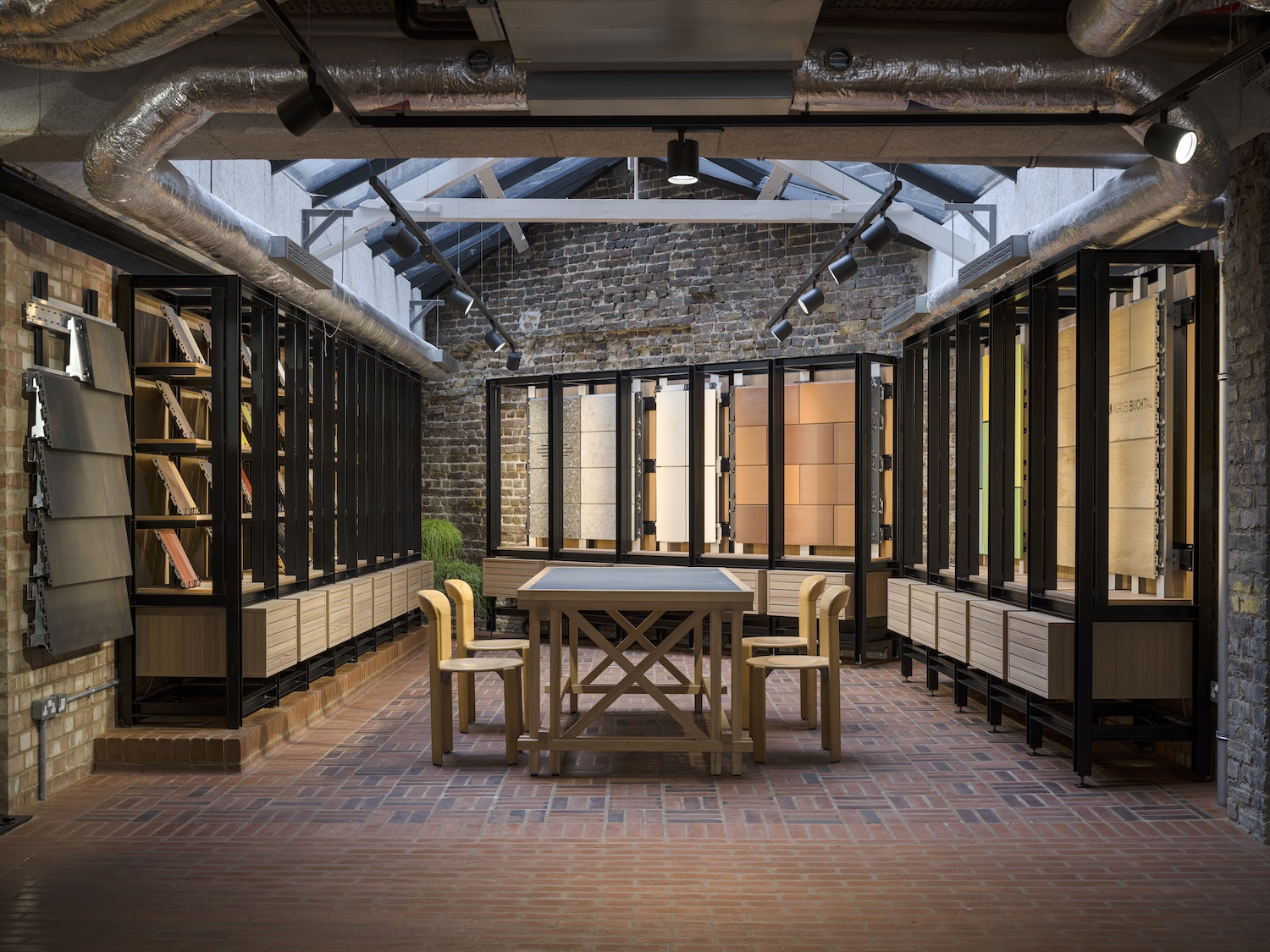